skip to main | skip to sidebar

Last year we became the proud owners of a 14 foot trampoline. 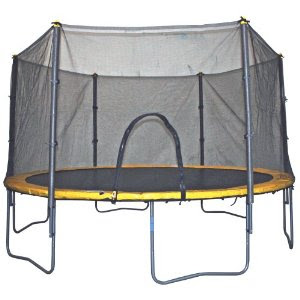 There are about a dozen different adventure stories I COULD tell you about owning this trampoline...like how long it took me to talk my hubby into getting one in the first place, and how he finally agreed ONLY if we got one WITH a safety enclosure. Or I could tell about our son breaking his leg on it the 2nd day it was up. Or maybe about all the times I had to call into the manufacturer for replacement parts for those broken during the warranty period.

Owning this trampoline has been an adventure!

But I will skip all those OTHER stories, and tell you about the most recent one.

We put the trampoline away last fall after having it up for about 4 months--only to realize that 10 out of the 12 straps that hold the safety enclosure to the posts were broken!!! Only after 4 months of use by my small children--who were NOT hard on it! 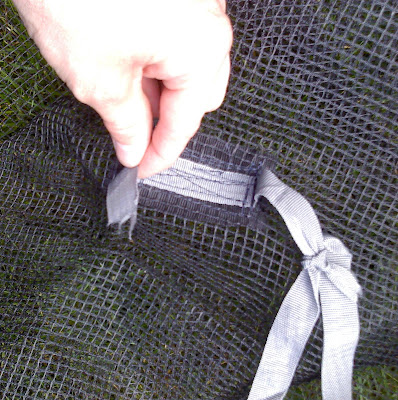 The strapping completely sheared off at the ties.

We were NOT impressed--but didn't feel like dealing with it then and just put it away for the winter.

SO--this summer when we went to put the tramp back up--we decided we'd better do something to fix the situation.

So I bought some strapping fabric and some velcro and hauled that HUGE 14 foot enclosure inside to fix the straps.

It really was my BIGGEST project--even though it was only resewing 12 straps! 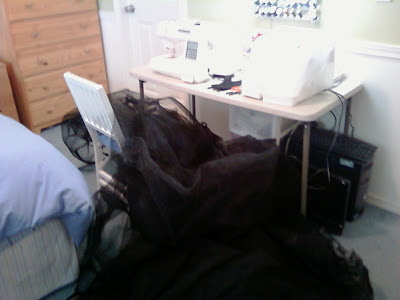 Instead of sewing on some tie straps--I sewed some velcro onto each end and then sewed the strap to the enclosure. 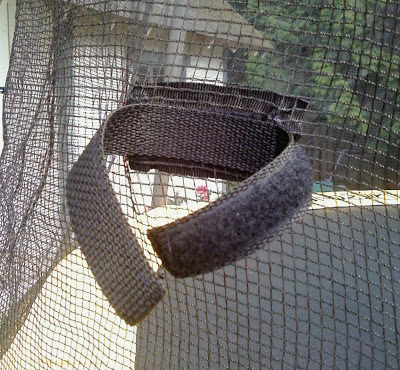 It worked PERFECTLY! So much easier to get on and off than having to undo and redo ties!! 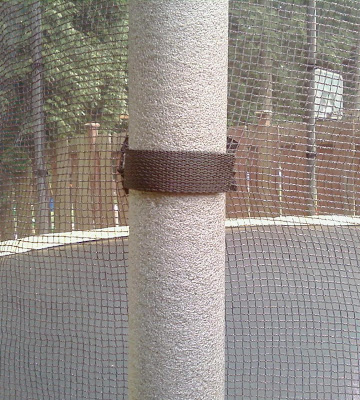 Not only is it more functional--I think it looks nicer too! 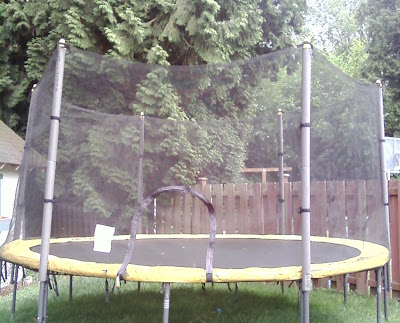 Oh--and I also called the manufacturer about it and they are sending me a replacement enclosure (even though the warranty is passed), because they have had problems with the straps! Which I think is pretty darn sweet! (Not sweet like cute little fuzzy chick sweet--more like SUWEET diggity dog!)
So we will have a spare if and when this one dies!
But for now--this one works great!

Posted by Sharon@thisthriftyhouse at 4:39 PM

Thank you for your comments!

Backsplash on a Budget 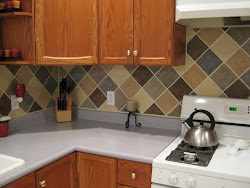 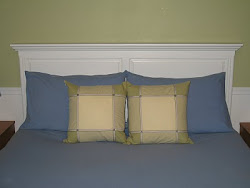 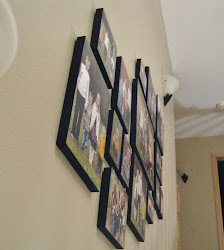 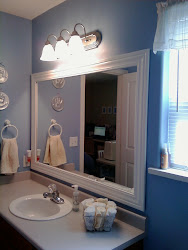 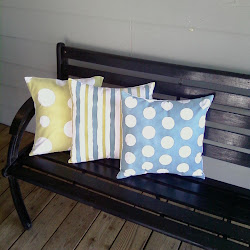 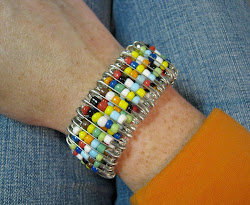 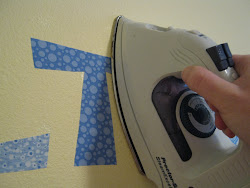 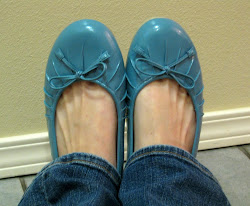 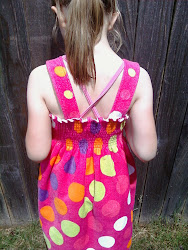 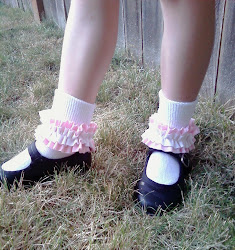 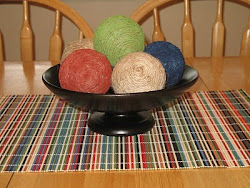 Make Your Own Pillow Forms 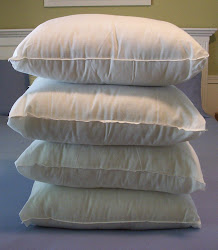 I Was Featured On: